Witnessing a seizure in your child can be frightening, whether it is an event of altered awareness that lasts a few seconds or a generalized tonic-clonic convulsion that last a few minutes. It’s natural to want to know the cause of your child’s seizures and find a way to stop them. That starts with learning about epilepsy.

Epilepsy is a neurological condition that is caused by abnormal electrical activity in the brain. Epilepsy, also known as a seizure disorder, has many different causes and can be associated with a range of different seizure types.

What are the types of seizures and their symptoms?

Seizures can look very different depending on the type of seizure and where it occurs in the brain. Seizures are classified as either focal or generalized onset. There are a group of children that the onset of the seizure is unknown.

Seizures can have motor and non-motor symptoms.

“These symptoms can occur alone or together,” says Syndi Seinfeld, DO, medical director of Pediatric Epilepsy at Joe DiMaggio Children’s Hospital’s Neuroscience Center. “Absence seizures, for instance, can have staring associated with twitching. Your child may be aware during their seizure, or they may lose awareness completely.”

Seizures, especially non-motor seizures, can be harder for other people to recognize.

How is epilepsy in kids diagnosed?

If your child has the symptoms of a seizure like those described above, they should be evaluated by a child neurologist. Seizures in Seizures in epilepsy may be related to an underlying brain injury or malformation, genetic disorder, immune disorder, or metabolic abnormality. Frequently the cause of a child’s epilepsy is unknown.

Based on your child’s symptoms, their doctor can diagnose epilepsy if they’ve had more than one seizure, or had a seizure and have evidence of an increased risk of another seizure. This does not include provoked seizures, such as a seizure caused by low blood sugar in a child with diabetes.

Child neurologists require a detailed medical history, including a description of the event of concern, to diagnose the seizure type or epilepsy syndrome. They will also use the following tests to look for the cause of the epilepsy and determine the best treatment:

Knowing the type and cause of your child’s seizures can help their doctor develop an effective treatment plan for them.

How is epilepsy in kids treated?

Fortunately, most kids with epilepsy can control their seizures with medication. Some children may require more than one medication. It is vital that kids take their medication exactly as prescribed. Otherwise, they may have worsening of their seizures.

Some children can outgrow their seizure, but this is based on multiple factors. Most importantly, it is based on the cause of the epilepsy.

If medications alone do not control a child’s epilepsy, there are dietary and surgical options that are available.

At Joe DiMaggio Children’s Hospital, child neurologists diagnose and treat all types of seizures in children of all ages. We personalize your child’s care and work to ensure that seizures don’t disrupt their childhood. Learn more about how we treat pediatric epilepsy. 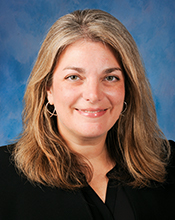 Syndi Seinfeld, DO, is the medical director of Pediatric Epilepsy at Joe DiMaggio Children’s Hospital’s Neuroscience Center. As an epilepsy specialist, she treat patients with intractable epilepsy, children experiencing seizures and associated co-morbidities of epilepsy. In addition to providing patient care, she also sits on the editorial board of Pediatric Neurology. Dr. Seinfeld received a Fellow designation from the American Academy of Neurology, which recognizes special achievements in the neurosciences.